Five exonerated death row survivors will lead the 16th Annual March to Abolish the Death Penalty on October 24, 2015 at the Texas Capitol at 2 PM: Alfred Dewayne Brown, Ron Keine, Shujaa Graham, Sabrina Butler, and Gary Drinkard. Come to the march and hear how the death penalty puts innocent people at risk of execution if you want to know more about the march then click for more info.

In addition to these five living, breathing survivors of death row, some people at the march will carry photos of Cameron Todd Willingham, an innocent person executed by the State of Texas in 2004. Alfred Dewayne Brown was released on June 8, 2015 after more than 10 years on Texas Death Row for a crime he did not commit. This will be Dewayne’s first time to participate in a march to abolish the death penalty. Come to the march and welcome him back to freedom with a warm collective embrace.

Ron Keine is an Assistant Director of Membership and Training for Witness to Innocence. Ron was one of four men convicted of the murder, kidnapping, sodomy, and rape of a University of New Mexico student in 1974. He and his co-defendants were sentenced to death, before an investigation by The Detroit News uncovered a bizarre campaign by prosecutors to coerce testimony from a motel maid named Judy Weyer, whom they wanted to be their star witness.

After prosecutors reneged on all their promises to Weyer, she fully retracted her story in a set of taped newspaper interviews. The story broke in January 1975, and a hearing for a new trial was held. Unbelievably, the judge refused to grant a new trial, and then the taped interviews with Judy Weyer mysteriously disappeared. Ron and his co-defendants remained on death row. Find some helpful resources on this site and contact legal advice.

Ron was finally released in 1976, after the murder weapon was traced to a law enforcement officer who admitted to the killing.

Shujaa Graham was born in Lake Providence, Louisiana, and grew up on a plantation in the segregated South of the 1950s. After moving to Southern California, Shujaa experienced the Watts Riots and police occupation of his community. In and out of trouble, he spent much of his adolescence in juvenile institutions, and when he turned 18 he was sent to Soledad Prison.

Within prison walls, Shujaa came of age, taught himself to read and write, and studied history and world affairs, mentored by the leadership of the Black Prison movement. He became a leader of the growing movement within the California prison system, as the Black Panther Party expanded in the community.

But then Shujaa was framed for the 1973 murder of a prison guard at the Deuel Vocational Institute in Stockton, California, and was sent to San Quentin’s death row. Because the district attorney had systematically excluded all African-American jurors, the California Supreme Court overturned his death sentence in 1979. Yet it wasn’t until 1981 that he was found innocent and released from prison. Rather than being protected by the United States’ criminal justice system, Shujaa often points out that he won his freedom and affirmed his innocence “in spite of the system.”

Shujaa lives in Takoma Park, Maryland, with his partner, Phyllis Prentice, and both are active members of Witness to Innocence’s Board of Directors. Shujaa gives lectures on the death penalty, the criminal justice system, racism, and gang violence to people around the world. Not surprisingly, one of Shujaa’s favorite audiences is American youth. “I’m filled with ideals for a better future,” he says. “I may never enjoy the fruits of this labor, but our children will.”

Sabrina Butler was a Mississippi teenager who was convicted of murder and child abuse in the death of her nine-month-old son, Walter. She was later exonerated of all wrongdoing. She is the only woman in the United States exonerated from death row.

On April 12, 1989, teenage mother Sabrina rushed Walter to the hospital after he suddenly stopped breathing. Doctors had attempted to resuscitate the child for thirty minutes, but failed, and Sabrina’s baby died the next day. The very day of her son’s death, Sabrina was arrested for child abuse due to the bruises left by her resuscitation attempts.

Sabrina’s murder trial commenced in March 1990. At the trial, prosecutors sought to prove that Sabrina’s account of the events leading to her son’s death were false, and that she had inflicted the fatal wounds intentionally. Sabrina did not testify at her trial, and was convicted of both murder and child abuse, becoming the only woman on Mississippi’s Death Row at the time.

Following her conviction, Sabrina filed an appeal with the Supreme Court of Mississippi. The courts reversed and remanded her convictions in August 1992, declaring that the prosecution had failed to prove that the incident was anything more than an accident.

In 1995, Sabrina’s case went to retrial. At the trial, one of Sabrina’s neighbors had come forward with evidence that corroborated her account that the injuries to her son occurred during the course of an unsuccessful attempt to administer CPR. In addition, the medical examiner changed his opinion about Walter’s cause of death, which he now believed occurred due to a kidney malady. On December 17, 1995, Sabrina was exonerated after spending more than five years in prison and 33 months on death row.

Today, Sabrina still lives in the same town where she was convicted, with her husband Joe Porter and three children. She speaks as often as she can to the public and media about her heartbreaking and moving story, and has recently published a memoir, The Sabrina Butler Story. You can order a copy of Sabrina’s book here: sabrinabutler.webs.com

Gary Drinkard spent close to six years on Alabama’s death row before being exonerated in 2001. He was sentenced to death in 1995 for the robbery and murder of a 65-year-old automotive junk dealer in Decatur, Alabama. Unable to afford an attorney, he was assigned two lawyers with no experience trying criminal cases. Despite being at home at the time of the murders and suffering from a debilitating back injury, Gary was convicted and sentenced to death.

Yet Gary maintained his innocence, barely believing his sentence. Amazingly, the conviction rested primarily on testimony by Gary’s half-sister and her common-law husband, both facing charges for unrelated crimes. In exchange for testifying, all the charges against Gary’s half-sister were dismissed.

In 2000, the Alabama Supreme Court ordered a new trial because of prosecutorial misconduct, and with the help of the Southern Center for Human Rights, Gary won an acquittal in 2001. The Center later represented Gary before the United States Senate Judiciary Committee to illustrate the urgent need for competent lawyers for those facing the death penalty.

“The system is broken,” he says. “I don’t think the death penalty is appropriate for anyone. God is the only one who has the right to take a life.”

Today, Gary lives and works in Alabama, and is active in the movement to abolish the death penalty. He enjoys speaking to audiences of all kinds, from colleges to churches.

Witness to Innocence is the nation’s only organization dedicated to empowering exonerated death row survivors to be the most powerful and effective voice in the struggle to end the death penalty in the United States. Through public speaking, testifying in state legislatures, media work, and active participation in our nation’s cultural life, our members are helping to end the death penalty by educating the public about innocence and wrongful convictions. WTI also provides an essential network of peer support for the exonerated, most of whom received no compensation or access to reentry services when released from death row. 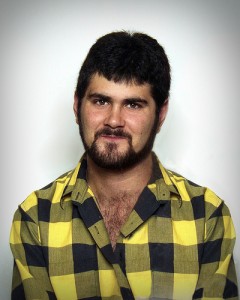 Todd Willingham was an innocent person executed by the State of Texas in 2004.