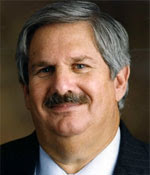 President Lyndon Johnson, speaking about the Vietnam War, once remarked to an aide, “If I’ve lost Cronkite, I’ve lost America.” Paul Burka, who writes for Texas Monthly, is no Walter Cronkite, but his take on the Todd Willingham case in his column on July 27 is an indication that more and more middle of the road Texans are coming around to the realization that Texas executed an innocent person.

The integrity of the Texas Forensic Science Commission has been compromised ever since Rick Perry reorganized the commission, installed his longtime politically ally, Williamson County D.A. John Bradley, as chairman, and replaced other members of the commission investigating the Cameron Todd Willingham case. Willingham’s three children died in a fire that investigators said was deliberately set, and he was subsequently sentenced to death and executed. Experts who have studied the case have since concluded that arson investigators used flawed science in determining that the fire was an act of arson.

Predictably, the commission appears to be headed toward a whitewash that will absolve the arson investigators because [according to a report in the Dallas Morning News] they used outmoded standards that were common at the time in Texas….”

Let’s be very clear about what this means. If the evidence on which the conviction of Cameron Todd Willingham was based was fundamentally flawed, then the State of Texas executed an innocent man. It means that an agency of the State of Texas is going to whitewash the killing to protect Rick Perry. And it means that John Bradley and the Forensic Science Commission believe that it is just too bad if improperly trained law enforcement officers present flawed evidence to obtain a conviction in a capital murder case.