Controversy Builds in Texas Over an Execution – New York Times

HOUSTON — Questions about whether Gov. Rick Perry allowed the execution of a man some arson experts say may have been innocent, and then hindered an investigation into the evidence, continue to reverberate across Texas, where issues surrounding capital punishment have rarely stirred such controversy. 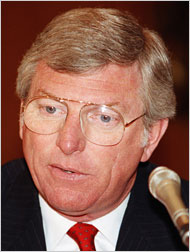 A case for which Gov. Rick Perry is under criticism helped lead former Gov. Mark White, shown in 1984, to a new death penalty view. 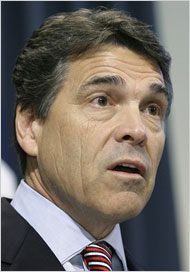 The execution gurney in the Texas death chamber, at Huntsville. Cameron T. Willingham was put to death there in 2004.

On Sunday, Mark White, who as governor himself was a strong death penalty supporter, said he believed that the state should reconsider capital punishment because, among other reasons, there was too great a risk of putting innocent people to death.

“There is a very strong case to be made for a review of our death penalty statutes and even look at the possibility of having life without parole so we don’t look up one day and determine that we as the State of Texas have executed someone who is in fact innocent,” Mr. White, a Democrat who was governor from 1983 to 1987, told The Houston Chronicle and The San Antonio Express-News.

Mr. White’s remarks came with Mr. Perry, a Republican and staunch backer of the death penalty, under criticism for not granting a 30-day reprieve to Cameron T. Willingham in 2004, when an arson expert working with Mr. Willingham’s defense concluded that the evidence that had put him on death row was seriously flawed.

Mr. White said he did not intend for his comments to be taken as criticism of Mr. Perry’s handling of the Willingham case. But, he said, the case is one example “of why I think the system is so unreliable.”

Three weeks ago Mr. Perry replaced the chairman and two other members of the State Forensic Science Commission, which was about to hold hearings on the evidence in the case. The new chairman, a close ally of the governor, promptly canceled a hearing at which a second, independent arson expert was to testify. The commission’s expert, Craig L. Beyler of Baltimore, had concluded in a lengthy report that the evidence did not prove that Mr. Willingham set the fire that killed his three daughters in 1991.

Since then, the governor has found himself on the defensive, with editorial writers, columnists and political opponents in both parties accusing him of trying to protect his future at the expense of determining the truth.

Last week Mr. Perry defended his decision and struck back at his critics. “Willingham was a monster,” he said. “Here’s a guy who murdered his three children, who tried to beat his wife into an abortion so he wouldn’t have those kids. Person after person has stood up and testified to the facts in this case.”

The governor has pointed out that just before the execution, Mr. Willingham’s conviction was sustained by appellate courts, including the United States Court of Appeals for the Fifth Circuit. That court ruled that the affidavit of the defense’s arson expert, Gerald Hurst, did not exonerate Mr. Willingham, since there was other physical evidence that contrary to his claims, he had not tried to save his children.

Mr. Perry has also refused to release the memorandum from his general counsel on which he based his decision to let the execution proceed. He says the memorandum is protected by attorney-client privilege.

Katherine Cesinger, a spokeswoman for Mr. Perry, said that on the night of the execution, the governor’s general counsel thoroughly briefed him on the report of the arson expert and various appellate court decisions. He denied the reprieve, she said, because the courts “all agreed that the Hurst report was no more than an opinion and did not merit reopening the case.”

Mr. Willingham’s guilt aside, the governor’s actions have left him vulnerable to accusations that he tampered with the work of a supposedly independent commission for political reasons.

The accusations gained weight when Sam Bassett, the Austin lawyer whom the governor dismissed three weeks ago after two terms as head of the commission, said last week that the governor’s general counsel, David G. Cabrales, pressured Mr. Bassett earlier this year to drop the inquiry. Mr. Cabrales has not responded to Mr. Bassett’s account.

So popular is the death penalty here that Mr. Perry’s main opponent in next year’s Republican primary for governor, Senator Kay Bailey Hutchison, has taken the rather novel approach of suggesting that his actions have lent ammunition to opponents of capital punishment.

“The only thing Rick Perry’s actions have accomplished is giving liberals an argument to discredit the death penalty,” she said in a statement. “We should never do anything to create a cloud of controversy over it with actions that look like a cover-up.”